Most professions require good knowledge of the English language and technical or scientific professions are no exception. In fact, the majority of written documents available are written in English. Because of this, learning English is an important part of the training to become a process engineer. English classes can get quite dry after a while, yet not so in Riesa at the BA. Here, it was decided to spice them up in a special way and on January 24, one of the English classes in the first semester went to the laboratories to take a closer look at the items they had discussed in the lessons before. The laboratory complex of the BA Riesa consists of various labs for biology, chemistry and process engineering as well as a nuclear lab, which can only be accessed through a sluice or lock chamber to ensure that potential radioactive particles stay inside. In each lab the students had the task to spot and name some of the items such as the devices for radiation measurement in the nuclear lab. Some more advanced and spectacular pieces of equipment were further discussed, for example an x-ray spectrometer in the nuclear lab or a big distillation device and various centrifuges and reaction setups in the lab for process engineering. In the lab for biology incubators, shaking plates and clean benches for working in a sterile environment were to be found. For getting rid of any microbial contamination there was also an autoclave installed. The famous Bunsen burner was found in pretty much every lab.

Special focus was put on safety measures such as fire extinguishers, first-aid equipment, eye baths and fume hoods, as these items are crucial for professional and safe work in a lab. The tour came to an end in the chemistry lab, where a final picture for the website was taken.

As most of the student already had experience in the lab, the focus was set on connecting the words for the lab equipment with the actual items rather than doing any lab exercises. After the tour we had experienced an interesting insight into the possible lab routine in an English speaking lab. 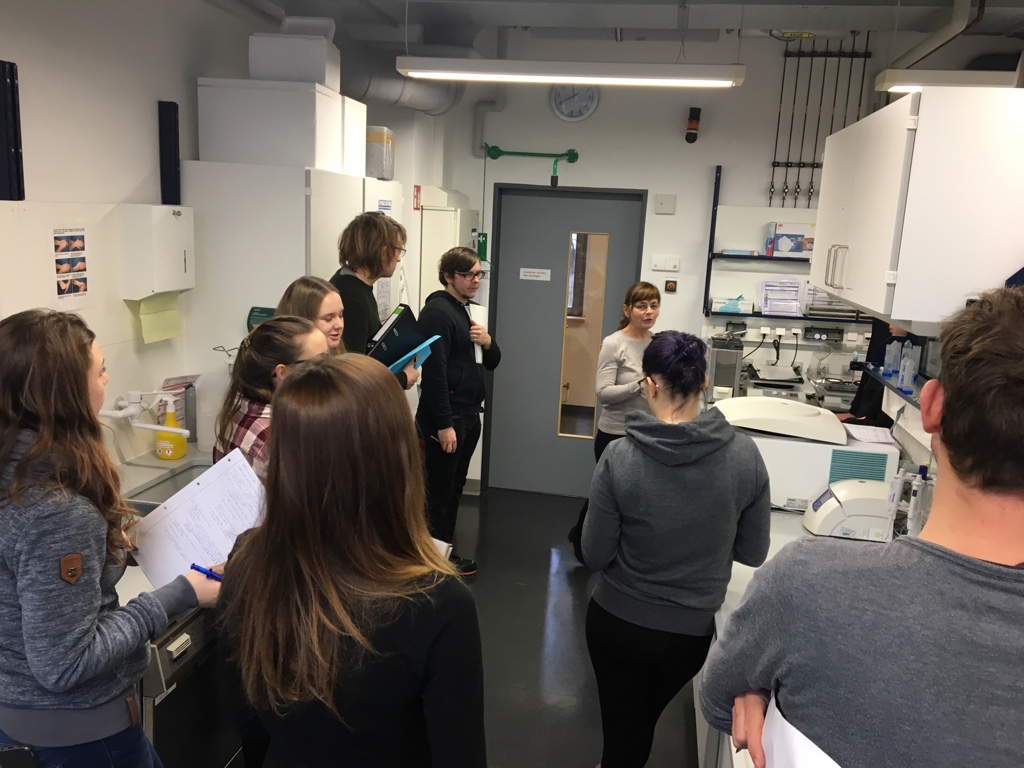